RDRS: Giving You The Best ABS and Traction Control

Reflex™ Defensive Rider Systems (RDRS) is a new collection of technology designed to match motorcycle performance to available traction during acceleration, deceleration and braking. The ABS and Traction Control systems are designed to aid the rider in controlling the vehicle while accelerating and braking in a straight line or while in a turn. A rider may find the systems most helpful when riding in adverse road conditions and in urgent situations. The systems are electronic and utilize the latest electronic brake controls and powertrain technology. The features of RDRS are bundled together except where noted.

RDRS features are standard on all 2020 LiveWire™, CVO™, Police and Trike models and optional on all 2020 Touring models in the U.S. (except Electra Glide® Standard Model).

Anti-lock Brake System (ABS) is designed to prevent the wheels from locking under braking and helps the rider maintain control when braking in a straight-line, urgent situation. ABS operates independently on front and rear brakes to keep the wheels rolling and prevent uncontrolled wheel lock. Deciding on ABS when choosing your first motorcycle depends on what kind of riding you'll be doing.

ABS is standard on MY20 LiveWire™, CVO™, Touring, Police, Trike and select Softail® models; and optional on all MY20 Street™, Sportster® and remaining Softail® models.

Designed for peace of mind, ABS will make locking under braking a thing of the past, giving you total control of the road.
This feature applies braking effort to both wheels when the rider uses either the hand lever (front) or foot pedal (rear) brake control, which can help many riders achieve better braking performance. ABS is designed to prevent the wheels from locking under braking on wet, slippery or loose road surfaces and helps the rider maintain control. If the system senses lean angle that indicates the motorcycle is cornering, linked braking and ABS response is enhanced accordingly. The linked brakes are a rider aid and do not replace proper braking techniques, but many riders achieve better braking performance with a linked system.

C-ABS is standard on MY20 LiveWire™, CVO™, Police and Trike models and optional on all MY20 Touring models in the U.S. (except FLHT).

ELB is standard on all MY20 Touring and Trike models.

Stay in perfect synchronicity with applied braking effort on both wheels from either the hand lever or foot pedal. Cornering Enhanced Electronic Linked Braking (C-ELB) takes into account the motorcycle lean angle or Trike lateral acceleration. C-ELB will alter the proportioning of brake pressure between the front and rear brakes when braking while cornering in an attempt to improve the ability of the motorcycle to maintain the rider’s intended path.

C-ELB is standard on all MY20 CVO™, Police and Trike models and optional on all MY20 Touring models in the U.S. (except FLHT).

Traction control is designed to keep the rear wheel from "spinning out" when the motorcycle is accelerating while leaning, and enhances rider control and confidence, especially in wet weather.

The Cornering Enhanced Traction Control System (C-TCS) is designed to prevent the rear wheel from excessive spinning under acceleration when going straight or cornering. C-TCS can improve rider confidence when available traction is compromised by wet weather, a sudden unanticipated change in the surface, or when riding on an unpaved road. The rider may select one of two traction control modes: Standard Mode is optimized for dry surfaces; Rain Mode is optimized for wet surfaces. The system can also be turned off. The action of C-TCS is also tailored when cornering based on lean angle.

C-TCS is standard on all MY20 LiveWire™, CVO™, Police and Trike models and optional on all MY20 Touring models in the U.S. (except FLHT).

DSCS is standard on all MY20 CVO™, Police and Trike models and optional on all MY20 Touring models in the U.S. (except FLHT).

Cornering Enhanced Drag-Torque Slip Control (C-DSCS) is designed to reduce excessive rear-wheel slip under deceleration, which typically occurs when the rider makes an abrupt down-shift gear change or decelerates on wet or slippery road surfaces. When C-DSCS detects excessive rear wheel slip under deceleration it will adjust engine torque delivery to better match rear-wheel speed to road speed. The action of C-DSCS is also enhanced when cornering based on lean angle.

On LiveWire™ model, this feature may be experienced during regen braking on lower traction surfaces.

C-DSCS is standard on all MY20 LiveWire™ models.

Set out from any hill, bridge or ramp with brake pressure engineered to keep you from rolling backward. The Vehicle Hold Control (VHC) applies and holds brake pressure when activated by the rider and prevents the motorcycle from rolling after the rider has released the brake controls. The primary function of VHC is to prevent the motorcycle from rolling when it is stopped – for example at a stop sign on a hill, in stop-and-go traffic on a slope, or on a steep decline out of a parking structure. VHC is designed to make it easier to ride away with confidence by minimizing the number of coordinated controls needed to pull away smoothly. The system applies brake pressure until the rider actuates the throttle and clutch to pull away. VHC may also be engaged when the motorcycle is stopped on a flat surface if the rider wants to maintain position without applying pressure to a brake control.

The rider activates VHC by momentarily applying extra pressure to either the front-brake hand lever or the rear-brake foot control after the motorcycle has come to a complete stop. If rider brakes very hard to a stop, and holds the brake pressure after stopped, VHC may also set without any added pressure. The VHC indicator light will illuminate to confirm that the rider has activated VHC, and the ABS system will hold brake pressure after the rider releases the brake control. VHC is disengaged automatically as the rider begins to pull away from a stop, or if the rider applies and releases either brake control.

VHC is not to be used as a parking brake. It will also disengage if the rider lowers the side stand (on models with a side-stand sensor, not a feature in all markets) or shifts into neutral on models without a side-stand sensor, or if the engine is turned off. In most situations after five minutes the indicator light will flash and the VHC will release if there is no rider action.

Stay alert when your tire pressure gets too low so you can keep chasing after those internal highs. TPMS alerts the rider to low tire air pressure. Maintaining proper tire air pressure is important both for vehicle performance and tire life.

The TPMS displays current front and rear tire pressure on the Boom!™ Box GTS screen (or on the odometer on Road King® models) and displays an indicator to alert the rider when tire pressure is low, and the pressure should be checked.

TPMS is a feature of RDRS and is also available as a stand-alone accessory through P&A for MY20 Touring models (except Japan) equipped with Original Equipment or Accessory wheels that accept a TPMS sensor.


Disclaimer: Available traction is determined by the road/tire interface. RDRS features on motorcycles are only able to adjust brake pressure or powertrain torque in an attempt to keep the forces at the tire from exceeding available grip. These technologies do not have the ability to increase grip, or to intervene when the rider has not made a brake or throttle application (e.g. coasting through a corner with the clutch disengaged). RDRS features on motorcycles do not have the ability to directly influence vehicle direction. This is a key difference between motorcycle RDRS and Automotive Stability Control. The rider is ultimately responsible for speed, steering and path corrections.

Ready for more? Check out the Guide to Picking a Motorcycle That Is Right for You. 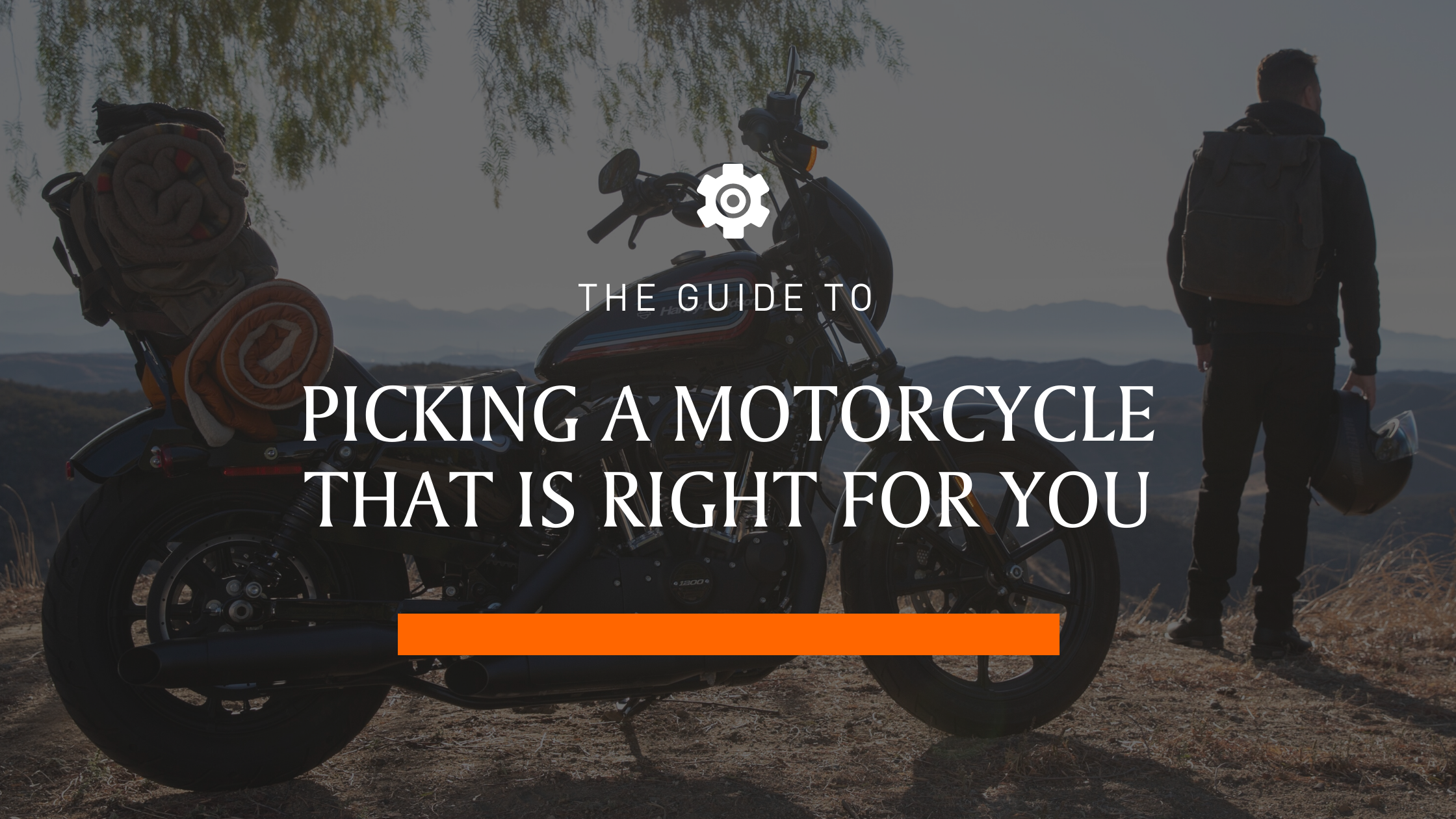